I want to talk about preparing basic microbiological growth media and things that can go wrong when swapping reagents.

A while ago, I was preparing KB Agar:

This was while we were changing reagent suppliers in the lab. I wanted to make sure the KB agar "before" and "after" would be the same, so I read into the different types of peptone, as I thought as the main nutrient source this ingredient must be the most important part of KB Agar.

However, the finished product from the autoclave kept looking cloudy and initially I thought it was contaminated. After a lot of trying and back-and-forth I eventually worked out the culprit: agar powder brand matters.

In the image, you can see the medium appearance I was used to on the left. With the new agar powder brand, the medium was considerably cloudier as you can see on the right. All other ingredients remained exactly the same, including the same brand, between these two batches of medium. These results were highly replicable.

But does this matter?

Well, no harm done I thought. Plating my soil isolate Variovorax onto it worked just as fine, with no visible changes.

However, further down the line, I expanded my work to other isolates I had worked with before. Stenotrophomonas, Achromobacter, and Ochrobactrum all struggled to grow on these cloudier KB Agar plates, and formed tiny colonies in comparison to what I was used to.

I don't know enough about the chemistry behind growth media to further look into this. I also don't know if this is just KB Agar being very fussy about its ingredients. I don't know how much microbiology work in general is impacted by strange brand differences of reagents like this, and I don't know if that means we need to have more serious discussions about replicability of some work.

Does anybody have further insights that may help explain this phenomenon?

Has anybody else seen unexpected differences due to reagents (which should have been the same) too?

Update - this is caused by autoclaving agar powder together with other reagents.

Upon Sung won Lim's advice (see comments), I tried to autoclave the agar separately from other reagents. To do this, I prepared 10x concentrated KB broth as above (with all ingredients except agar powder), and separately autoclaved Formedium Agar powder in water. After autoclaving, I combined the mixes to make 1x KB agar, and the cloudy phenotype was gone. Additionally, streaking both Achromobacter and Ochrobactrum (see picture) onto this KB Agar with separately autoclaved agar led to completely normal strain growth.

Overall, the point still stands that it is odd that agar powder brand can determine whether it can be autoclaved together with other reagents, but it is great to have found a workaround for this instance. 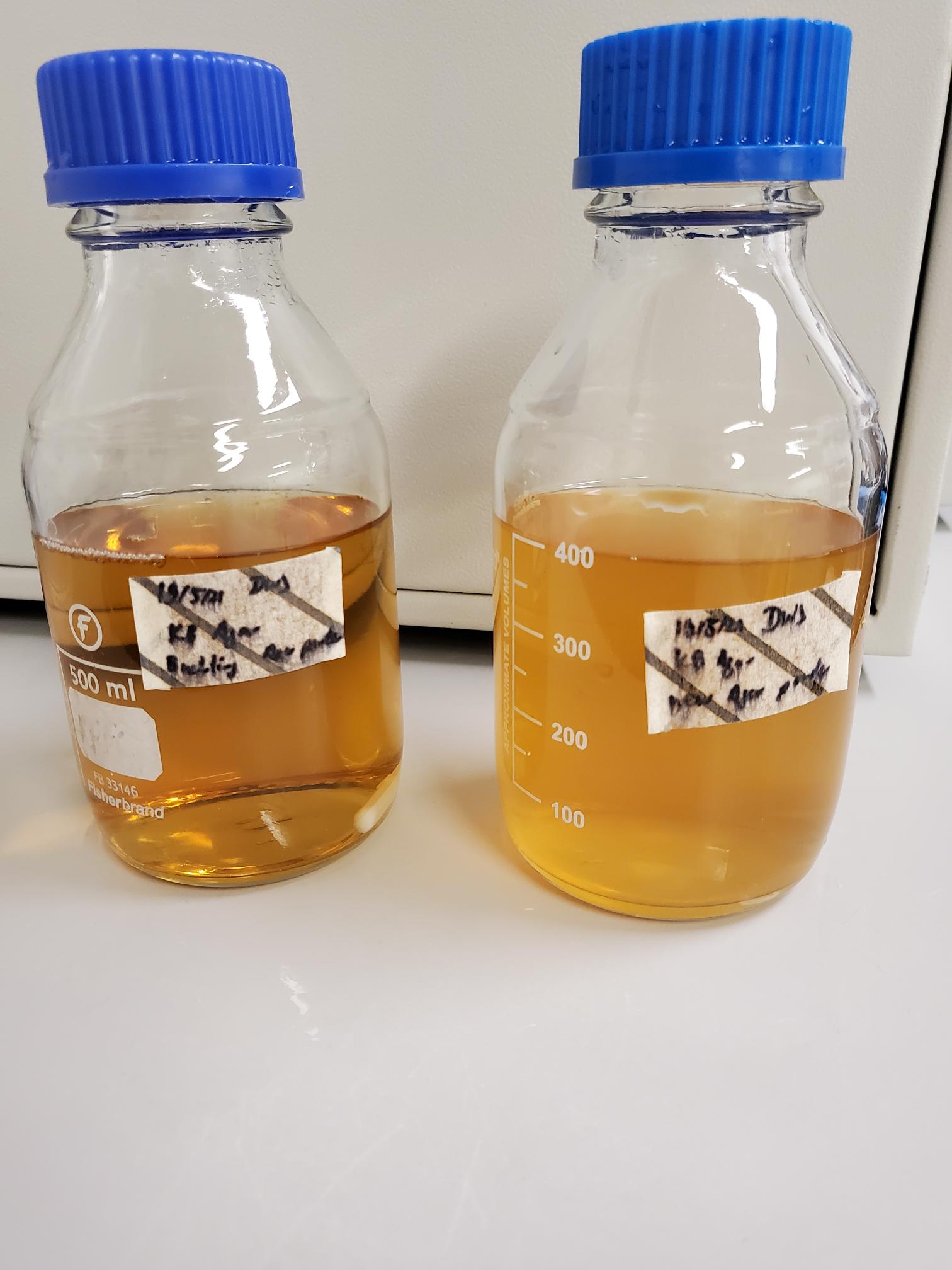 I've seen something similar happen, but with halophile media as well - media can be tricky since we never know what industrial processes were used for a particular component (and schools don't really bother to teach them...). In your case I'd be interested to see if autoclaving agar and the rest of the media component separately and combining them after a bit of cool down changes things. Agar in some cases can exhibit maillard reaction, which seems to be more toxic than not for a lot of microbes.

Find your community. Ask questions. Science is better when we troubleshoot together.